These rather recently set up rooms (December 2011), known as the "blue rooms" and occupied by workrooms used for the restoration of paper until a few years ago, offer a wide range of works by foreign painters (Spanish, French, Flemish and Dutch) transferred from various rooms on the second floor and, above all, from storage rooms.

Thus, the exhibition route leads from the second floor to the first floor of the gallery by means of the new western staircase, leading the visitor directly to room 47, from which all of the other rooms can be reached. 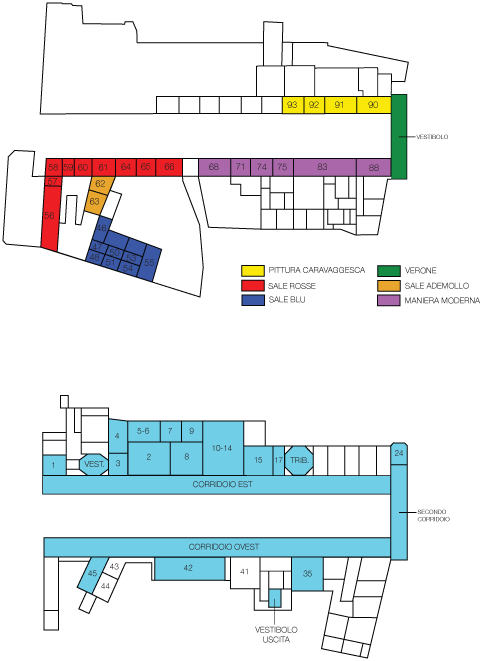