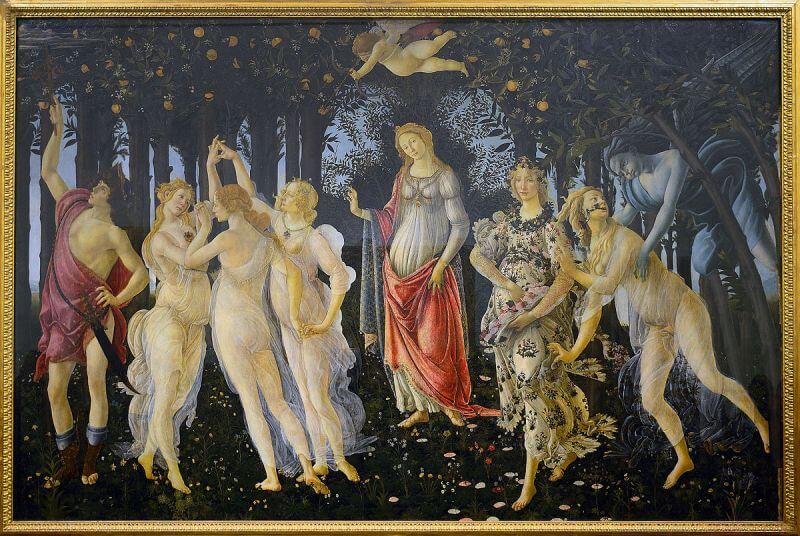 Primavera (Spring) is the masterpiece of Botticelli and one of the most famous work of art of the Renaissance.The painting was realized for Lorenzo di Pierfrancesco de' Medici, cousin of Lorenzo il Magnifico, and placed in the Villa di Castello in Florence, today seat of the Accademia della Crusca. According to the most popular theory, the scene is placed in an orange wood and need to be read right towards left. The first characters are Zephyr and the nymph Chloris. Zephyr kidnaps the nymph and made her pregnant: after this she transformed into Flora, personification of the spring. In the middle is Venus, symbol of universal love, and above her the son Cupid. On the left of Venus is the three Charites, symbol of human love, is dancing harmoniously in circles. Close the scene is the God Mercury,intent to dispel the clouds to preserve an eternal spring.

Find on the map!