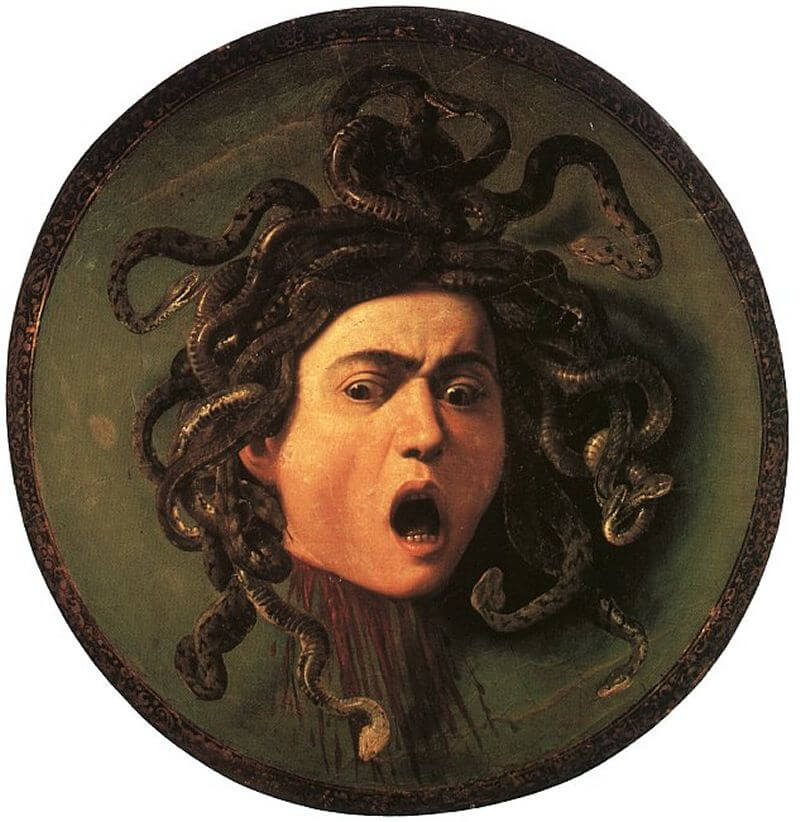 It is an oil painting mounted on a round convex wooden shield. It was commissioned to Caravaggio by his patron, Cardinal Francesco Maria Bourbon del Monte, who then gave it as a gift to the Grand Duke Ferdinando I de' Medici. The theme of the Medusa was very dear to the Medici, had a symbolic value as an allegory of prudence and wisdom. The "shield" of Caravaggio went to enrich the collection of the Grand Duke's arms and stayed there until the '700, when all the contents of the armory was sold except for this painting. Medusa's face is caught by Caravaggio at the time the scream suddenly emerged at the head cut, the base of which flows a stream of blood. Eyes and mouth wide open are enhanced by the warm light that characterizes the painting.

Find on the map!